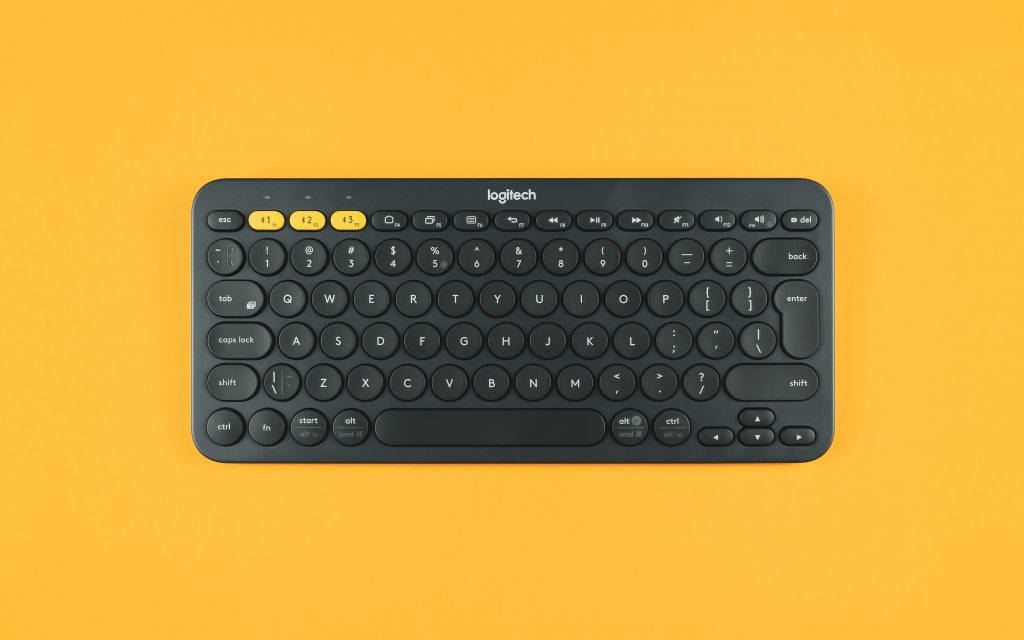 Are you one of the people that look on their keyboard, or desktop screen while typing? Are you good at typing blindly, or do you make many mistakes?
Surprisingly, for many people, this would be the first time actually thinking about this even though it is something nearly everybody has done at least once in their professional career. Typing is something most of us grew up with and what you are better at when you don’t think about it too much.

The most common typing speed lays between 40 and 45 words per minute (wpm). Still, with a lot of practice, some people have become even faster than that.
Some professions may even require fast typing and efficiency. Professional typists, for example, can type up to 80 wpm.

Speed typing refers to typing fast and can be practiced in multiple ways: Using an online practice tool, focusing more on typing correctly when working on a paper, or basically just trying to type faster – even though it should be mentioned that it also has to be typed correctly and therefore precision should be the very first step before trying to become faster.

Another technique to becoming faster in typing requires changing the way of typing. Many people have taught themselves typing and have therefore mostly remembered the keys subconsciously. This means, while typing they rely on their intuition, or type while looking on the keyboard. This is a valid method, but not as efficient as another one: 10 Finger typing, or touch-typing.

10 Finger Typing, or touch typing, is a method where you keep your hands in one starting position at all times and each finger has its designated keys to hit. There are some online tools as well to teach this, but some basics are the following:

The starting position is the “Homerow”. On a standard QWERTY layout that is for the left hand: A, S, D, and F and for the right-hand J, K, L, and semicolon (or in my case on my german QWERTZ keyboard, the ‘ö’). While typing the fingers always come back to this hometown and move from there.

As the change of typing requires practice and cannot just be learned by theory, here is a visualization to show which finger types on which key (on a common QWERTY keyboard).

To start with, lay your fingers in the starting position and try to move them according to the guide. Take it slow and see it as a practice method and an investment in the long term. This method will require time and effort to learn, and it is worth mentioning that some people won’t feel the need to learn this method. This is because it slows them down in the beginning and, as they are no professional typists, there is no need to speed up their typing that much.

As for me personally, I have started with measuring my typing speed on ‘monkeytype ‘mostly out of curiosity and a drive to become better at typing. The first time measuring I had a wpm of 50, the highest I achieved was 72wpm, but mostly I am in the 65wpm range now. After seeing no significant change and improvement anymore, I started learning the touch-typing method. It is rather difficult, especially to use the pinky finger.
Relating this to the 5 pillars of X-Honours, I noticed that it related very much to value-driven behavior as this experience tapped into my value for learning and improving, even if the skill might not be the most obvious. While starting something out of curiosity it became a challenge and in the end something I wanted to share with others as well.

1. Feel the little bump or line on the F and J key so you don’t have to look to feel the starting position. They work as a guide and are on the most common keyboards.
2. The most difficult to train will be the ring and little finger as they are the most underdeveloped.
3. You might have a different keyboard than the one described here. If that is the case I suggest looking here for some information relevant to your keyboard:

Sites that can help you learn the 10 Finger typing method:
https://www.ratatype.com/learn/
https://www.typing.academy/

If you need a different keyboard type than QWERTY:
https://www.ratatype.com/courses/

But in case you only want to measure your typing speed or practice:
https://www.speedtypingonline.com/typing-test
monkeytype.com